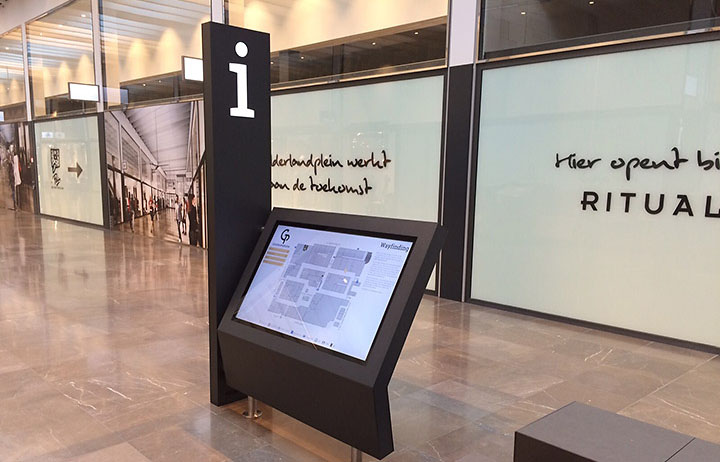 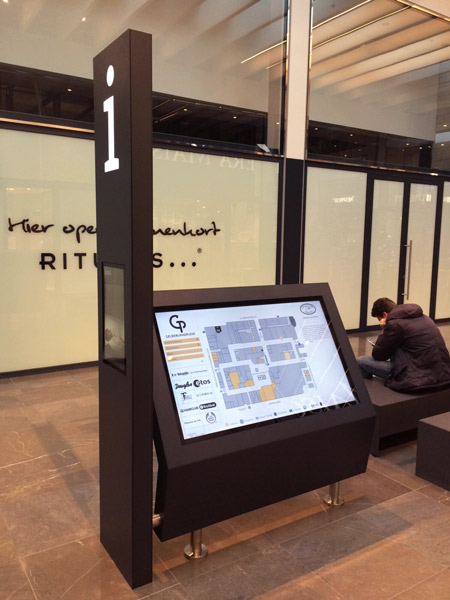 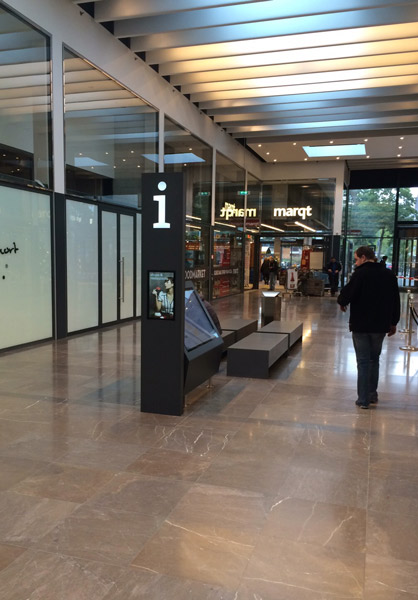 diz was commissioned by the Kroonenberg firm to design and produce five wayfinders and six “confrontation monitors”. These are monitors on which visitors can see themselves as they enter the mall, to make it clear that there is camera surveillance in operation.
For the wayfinders we started with a standard design, which we adapted to the furnishings in the public area. The wayfinders feature 55″ high-bright touch monitors and 22″ narrowcasting monitors, which run on the Android operating system.
The six “confrontation monitors” have 40″ high-bright monitors with a camera system.